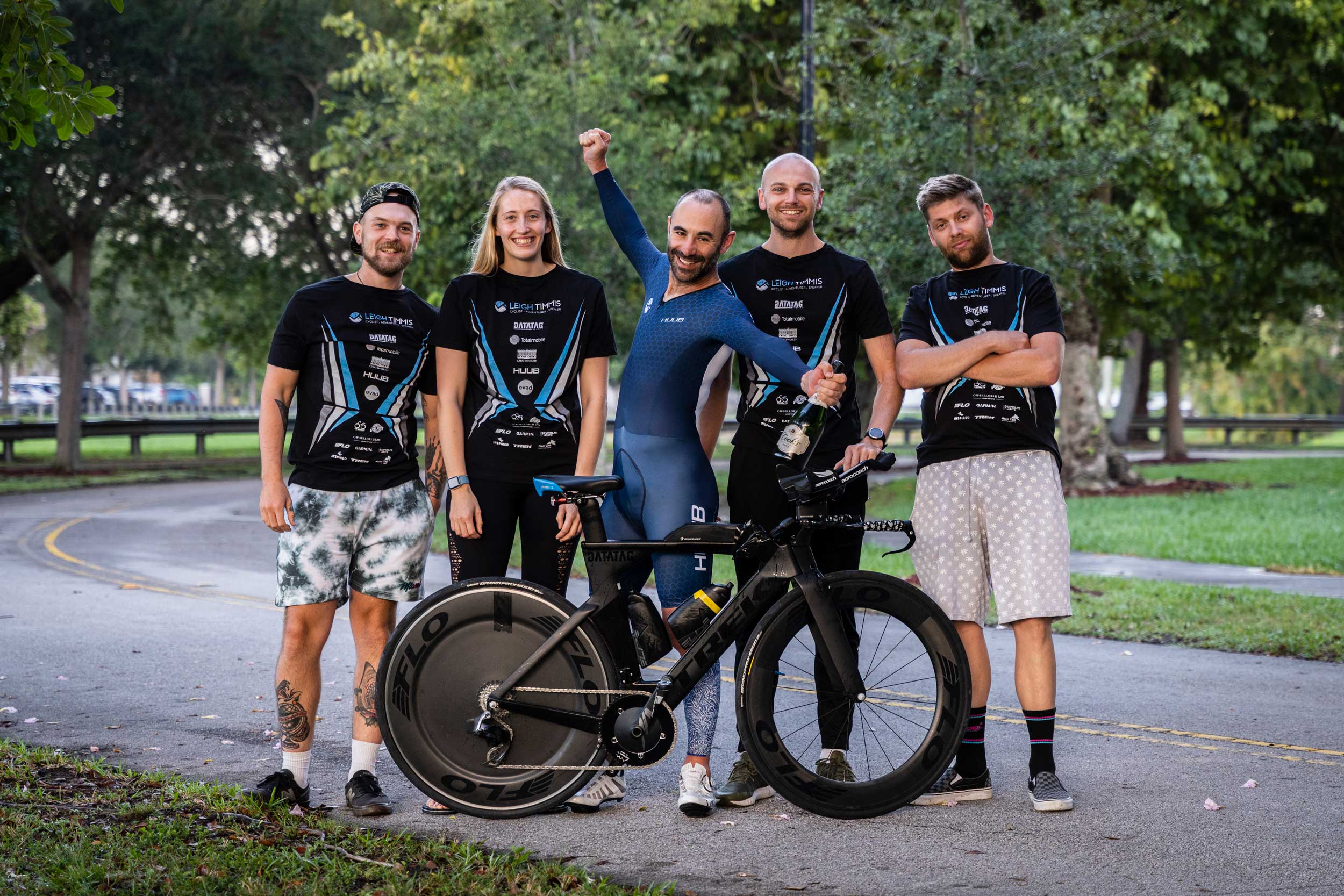 In the early hours of 13th November 2022, in Miami, Florida, ultra-cyclist Leigh Timmis beat the Guinness World record for the Greatest Distance Cycled in Seven Days, adding 19 miles to record. This was achieved despite three of the seven days being harshly affected by Hurricane Nicole.

A storm of this magnitude has not made Florida landfall in November for many years but Nicole dumped some of the worst wind and rain on Leigh’s route since 1935. Nevertheless, the statistics for this mammoth undertaking are awesome – with or without a hurricane – as a total of 2230 miles were ridden over the seven days.

On Day One, Leigh, acclimatised and trained to perfection, achieved 345 miles. On Day Seven, Leigh, exhausted, sore and battered, still managed 341 miles. Even when Hurricane Nicole was furiously hammering South Florida, he managed over 290 miles on each day.

With impressive mileage logged in the previous six days, the biggest single effort was on Day Seven, as the record was not yet equalled. Remarkably, Leigh and the team called upon the final scraps of resolve and resilience in the push to break the record. Pedalling to very end it was finally mission accomplished.

Leigh, who had previously spent seven years on an epic 44,000-mile cycle across the globe and is the current record holder of the Fastest Cycle Across Europe, has shown again that he is an extraordinary athlete.

Leigh, from Derby, said: “After 18 months of planning and training, I was not going to let a hurricane stop me.”

“Hurricane Nicole completely blew our strategies out of the window! The team switched to dynamic risk assessment and improvised new procedures to get me over the finish line and break the world record.”

“It was a gargantuan effort by all the team, who were amazingly professional, passionate and enthusiastic throughout.”

Leigh has also been raising money for the mental health charity MQ: transforming mental health, as he suffered from depression in his mid-20s. He said the charity was the only one scientifically researching mental health “with the aim to create a world where mental illness is understood, effectively treated, and ultimately prevented”.