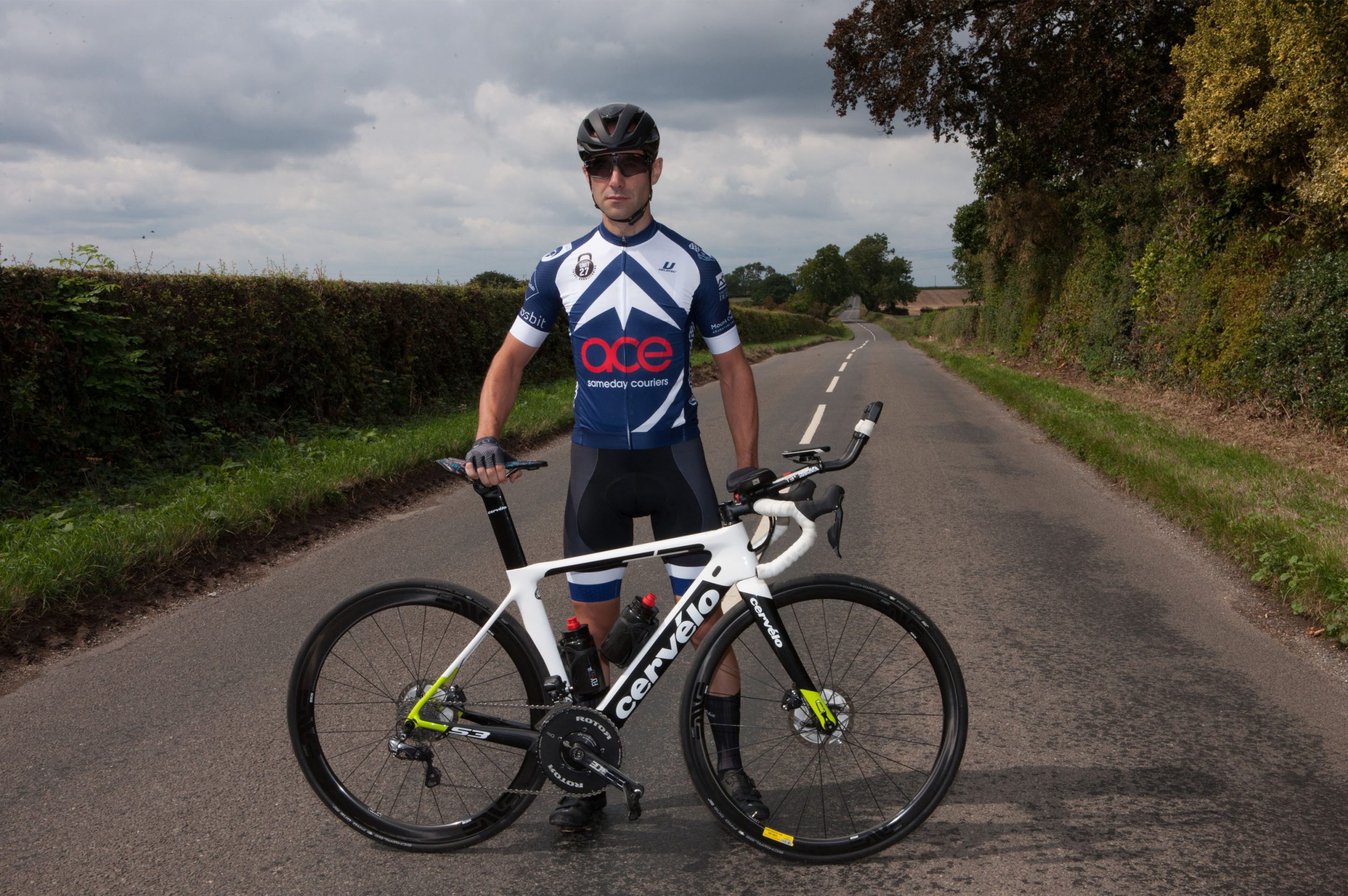 On the 10th of September, Leigh Timmis will leave Cabo Da Roca, Portugal, on his modified Cervelo S3d bicycle at the start of an epic 4000-mile challenge across the continent to Ufa, Russia.

After eight months of preparation, with the support of the University of Derby’s Human Performance Unit, implementing a new and radical training program, Leigh Timmis is ready to attempt the Guinness World Record for the Fastest Cycle Across Europe.

Timmis will endeavour to cycle twice the distance of the Tour De France in significantly less than 20 days. The record currently stands at 24 days and 18 hours, set by Sean Conway in May this year.

Leigh said “It’s taken a lot of hard work and dedication to get to this point, but I’m really looking forward to the challenge. I hope that having this goal will help others to realise that no matter what obstacles you struggle against, you can go on to achieve amazing things.”

Through his attempt, Leigh will be raising awareness and much needed funds for his chosen charity, MQ: Transforming Mental Health, after suffering from clinical depression himself.

A recent Psychology Today article states that, “Study after study has shown that regular physical activity helps prevent or relieve stress, anxiety and depression. Cycling outdoors in natural surroundings only magnifies these benefits.”

Timmis is confident that the combined efforts of the team will deliver the world record and be a testament to the hard work and focus of the experts involved; “The incredible target that we have set would never be possible without the support of my sponsors and the team working hard behind the scenes.”

Follow Leigh’s progress and watch daily video updates from the road at www.leightimmis.com, where you can also make donations to the charity.